Morales Leads the Way for Whitecaps in FIFA 15 Player Ratings

The Vancouver Whitecaps have something to celebrate this week, as Pedro Morales has the 13th best MLS player rating in the new FIFA 15 video game.

Share All sharing options for: Morales Leads the Way for Whitecaps in FIFA 15 Player Ratings

Pedro Morales has certainly proved he belongs in MLS in his rookie season in the league; he's easily the Whitecaps most valuable offensive player, he's taken over as Captain for the club, and now he's got another feather in his cap; he's been listed as the 13th best rated player in MLS. That also makes him the highest rated Whitecap, with a 76 rating overall. 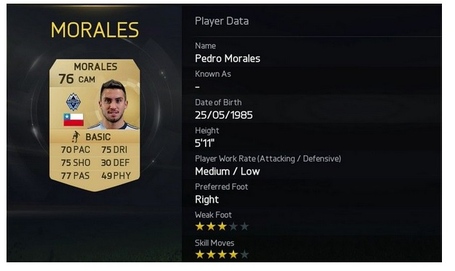 It puts ahead of some pretty well known MLS names, including Javier Morales (14), Marco Di Vaio (16), and Graham Zusi (20). You can find the entire list here.

Kekuta Manneh also made some waves on the list, cracking the top 10 in the speed category, his 94 rating overall places him ninth. That one isn't just for MLS by the way. 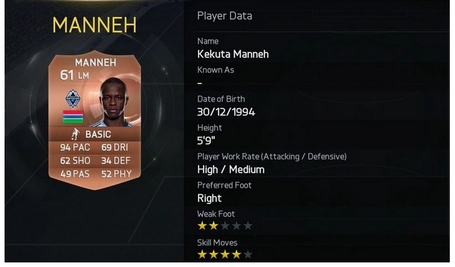 At the end of the day it's not earth shattering news, but it is nice to see a Whitecap get some recognition. I'm not sure I would rank Morales as the 13th best player in the league, especially considering he hasn't even completed a full MLS season yet, but at the same time, I shudder to think where the 'Caps would be without the Chilean in the midfield.

As for Kekuta Manneh, I think his speed alone will force me to keep him, at least on the bench, when I start playing the game this week.

By the way, anybody else surprised Mustapha Jarju is nowhere to be found on the list? This is like when Saving Private Ryan lost Best Picture at the Oscars.