What Exactly is a Whitecap?

Maybe it was the effect last weekend of watching the Whitecaps versus Chivas - or perhaps it came post-match, when I attempted to drown my sorrows in the poison of my picking, but I've been wondering since last Saturday... What is a Whitecap? If you've got the answer - share the recipe!

Share All sharing options for: What Exactly is a Whitecap?

When Kenny Miller came on late last week, we saw once again how he's definitely the straw that stirs the Vancouver Whitecaps drink. But just what is that magical concoction? If there's a cocktail named after this franchise, I've yet to hear about it. And that got me to wondering...

If Major League Soccer teams were drinks, what would they look like? So without further ado, and in no particular order, the MLS Western Conference liquid edition: 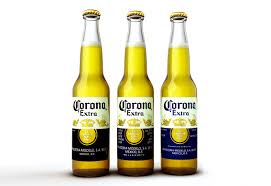 It had to be, given what the name on the front of the jersey says! Extra, Extra, Extra - just like the soon-to-be-widely-popular Chivas three-man back line. Chivas have been nothing if not refreshing this year, even at the Caps' expense. 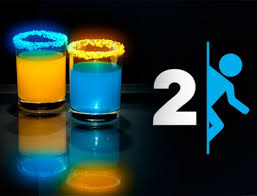 Blue and gold - or at least the best approximation I could find on the web. Flashy, iconic, complete with halos symbolic of the city of angels and look... it's got Todd Dunivant playing the offside trap! 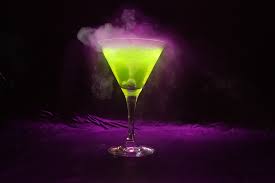 Key ingredient here looks to be engine coolant. Rather fitting, since the Sounders have been anything but running hot lately. It's a long way down to the MLS basement, which incidentally, is where this photo seems to have been taken. 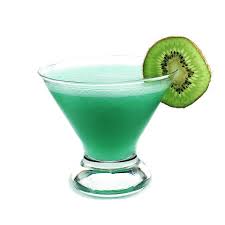 Inspired by the best that the Pacific Northwest has to offer. A moss-infused slushy combination that also includes chlorophyll tincture and garnish featuring the Timbers colors.

True to the team colors - and the name. No photo available of the vessel containing it, as this one's definitely shaken, not stirred. Plenty of ice in this one - can be applied afterward to swollen joint of your choice.

Well, it had to feature sodium chloride, didn't it? Not much to add to this one, other than the fact that none of Kyle Beckerman's mange managed to find its way into the glass...wait a second... no, it's okay...just a crack in the glass. 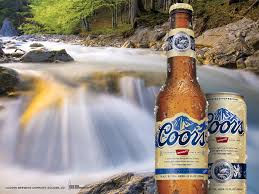 Apparently, the mountains turn blue when chilled to the right temperature. At 0-3-2, and 17th overall, the Rapids' jerseys should be turning blue as well.

Jus' plain' ol' straight up. Or...if ya wanna go real fancy-like, you can add some ice. Nothin' pretentious here, no fancy girly umbrellas ... whatcha see is whatcha get. Rumor has it that Brek Shea took a bottle to England with him.

Photo not available. This is where you come in, loyal readers. What's a Whitecap look like? What's in it? Samplers can be sent to Jon Szekeres.