I have been accused of excess negativity about today's Vancouver Whitecaps playoff game. To make amends, here is my proposed MLS Cup parade route.

Obviously, when the Vancouver Whitecaps win the MLS Cup, we're going to need a decent parade route. When the previous incarnation of the Whitecaps won the 1979 NASL Soccer Bowl, 100,000 people lined the streets of Vancouver to welcome their conquering heroes[1] (and if that seems like too much of an exaggeration to you yes, there is video).

Vancouver loves victory parades. But when the BC Lions won last year's Grey Cup, they celebrated not with a parade but a "victory party" at BC Place[2]. People said that it was because of "weather" and "fun" and "it's a lot harder to riot inside a stadium", but standing outside cheering yourself hoarse in the rain is half the fun of a parade and, besides, we only riot when we lose.

It's time the Whitecaps turned that around, as they have turned around so much else. Here is my proposal for the Vancouver Whitecaps victory parade when we have won the MLS Cup (probably off an 86th-minute Russell Teibert olimpico corner kick). 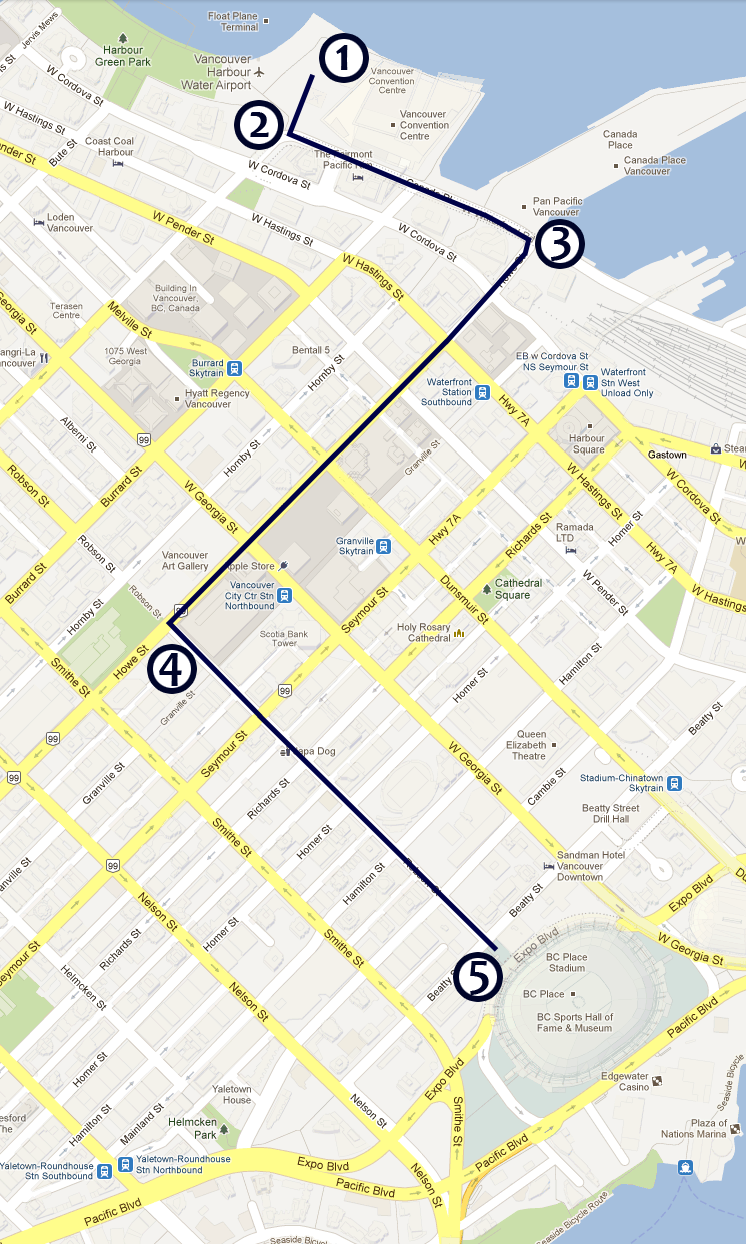