Share All sharing options for: The Vancouver Whitecaps Best Eighteen on January 12, 2012 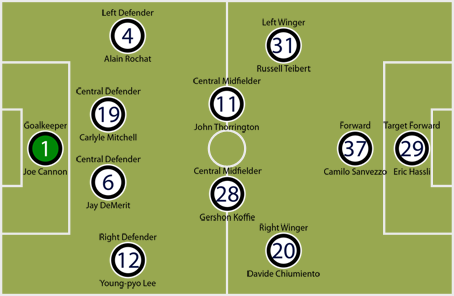 As many a fan has grumbled, the situation doesn't look that much better than it did at the beginning of December. The wingers looked unconvincing, the central midfield eyegougingly weak in front-line talent, and the goalkeepers inadequate: we now have a good starting goalkeeper (even if it's the same one from last year) but haven't really sorted the other two.

Heading into the draft, the Whitecaps still have more than one Andrew Wenger's worth of problems.