The Vancouver Whitecaps announced at a press conference today that they have sacked head coach Teitur Thordarson and goalkeeping coach Mike Salmon. Thordarson will be replaced on an interim basis by general manager and former DC United head coach Tom Soehn.

Thordarson leaves Vancouver with a 1-6-5 record in Major League Soccer and 36 wins, 38 draws, and 27 losses in three-and-a-bit seasons as head coach. He led the Whitecaps to a USL First Division championship in 2008 and a finals appearance in 2009.

Soehn last coached in Major League Soccer in 2009, when DC United finished tenth in MLS and missed the playoffs. He has got an MLS Supporters Shield and a US Open Cup on his resume but by the end of his three-year tour in Washington he was virtually run out of town on a rail. His return to Vancouver as director of football was his first job in professional soccer since the 45-year-old said he would not seek an extension to his DC United contract.

The Whitecaps are off to a disappointing start in the league this season but it takes only a quick glimpse around Twitter to see how negative the reaction has been. Teitur Thordarson built a strong positive relationship with the team's supporters, of course, and was exemplary among Major League Soccer coaches in his willingness to engage with the fanbase and his forthrightness. But more to the point, jettisoning the head coach of a team built by somebody else twelve games into an injury-savaged season where the team has mustered an actually-pretty-decent goal differential, some excellent performances, and are in line for a national championship seems utterly bizarre. Particularly when you're replacing that coach with the guy who built the team and brought in many of the players who've been hurt.

This is the sort of thing Toronto FC would do. Actually, as has been pointed out, Toronto FC managed to get a whole season before replacing their coach. So it's worse.

Shortly after the press conference, the Whitecaps published an open letter to their supporters talking about how soccer is a "demanding, results-driven business". True enough. But not even the most driven businesses get rid of experienced, proven employees three months into the season.

Ten days ago, I wrote for Canadian Soccer News speculating that Teitur was under pressure. The organization never quite seemed to have faith in Thordarson once Soehn arrived. They brought in former MLS head coach Denis Hamlett to look over his shoulder. They waited until very late in the offseason to announce Thordarson as their head coach and then they handed him only a one-year contract with team options for another two; not exactly a vote of confidence. 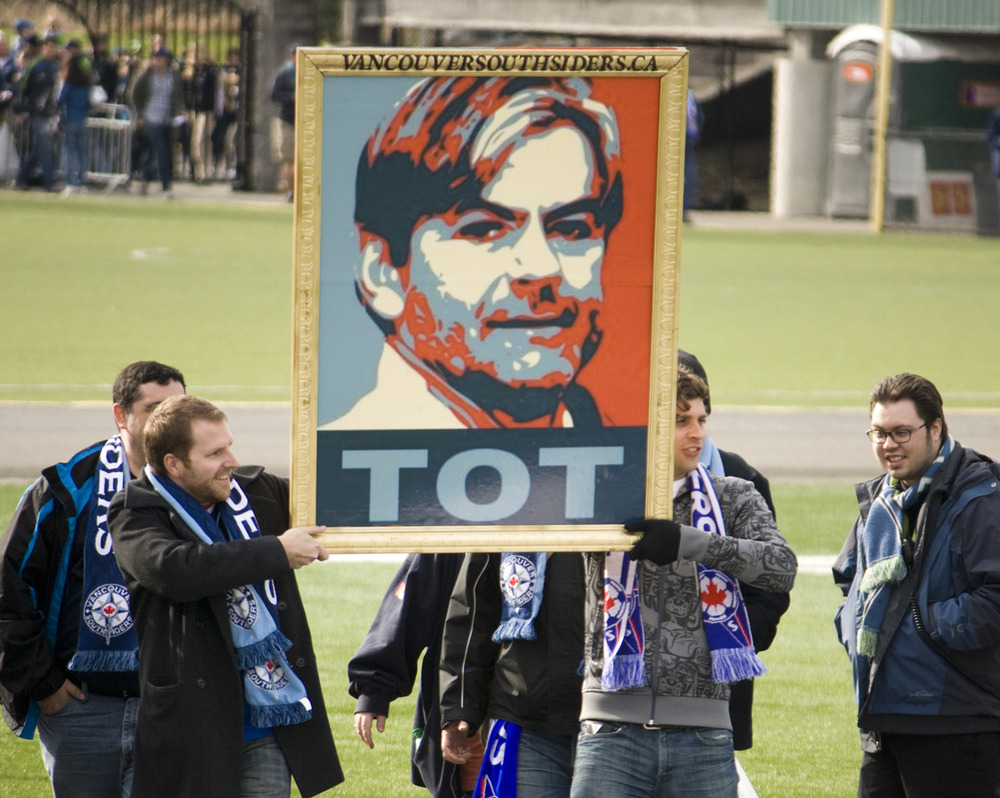 I don't want to indulge in conspiracy theory. The team certainly gave Teitur Thordarson a chance. If we'd stormed out of the gate, won seven or eight games, and were looking great then of course Teitur would still be the head coach. But the team seemed to be keeping its finger awfully close to the button since long before this season started. Pulling the trigger thirteen games in, frankly, comes off as panic. Hopefully it was a long-contemplated move, as the team tried to give the immensely popular long-time coach a chance while thinking that he probably couldn't handle it and being fully prepared to get rid of him sooner rather than later.

Personally, I think Teitur definitely could handle it. Or at least as well as Soehn, whose best results (detractors say) were achieved with Piotr Novak's team. I won't say this has been a great season. I will say the team has been seriously, sometimes astonishingly unlucky to have the record it has. They've earned at least two wins and probably three, which isn't great but is, at least, reasonable for a club which has been as injury-savaged as this one. Teitur isn't without his opponents in the Whitecaps supporters groups who accuse him of tactical rigidity and trying to make his players fit the system rather than the system fit the players. But he's certainly respected by more fans than not.

To be honest, I think that Toronto FC is the wrong Canadian comparison for this move. I prefer to look a little further east: after their disappointing collapse in the CONCACAF Champions League and a slow start to the 2009 USL-1 season, the Montreal Impact fired well-respected head coach John Limniatis and brought in Marc dos Santos, a friend of boss Nick di Santis's. Since then, the Impact have been almost perennial underachievers and even most Impact fans have nothing but scorn for dos Santos and di Santis. This seems a little familiar: a panic move by a team that never really had faith in its coach to begin with and which could lead to something a lot worse.

I'm open to Soehn proving me wrong. But right now, I wish we still had Teitur in charge.