Share All sharing options for: The Vancouver Whitecaps Best Eighteen on December 1, 2011 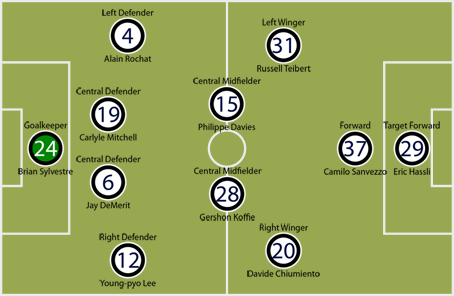 Martin Rennie, Tom Soehn, if you're reading this, I'm hoping you'll do something about that central midfield spot. And the depth on the wing isn't exactly inspiring confidence.