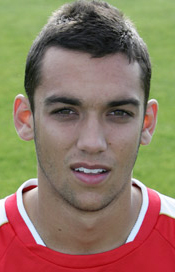 FC Edmonton will not play a league game for about ten months, and yet I'm already so far down on them I could probably finish their basement.

FC Edmonton's roster came out last week, of course, and the only surprise is its mediocre nature. In addition to the previously-reported aging Eredivisie men, there is former Middlesbrough prospect Shaun Saiko, rejected by the English academies and returned to his home town. There are some uninteresting former members of the Vancouver Whitecaps academy, also Alberta natives. There are two Brazilians new to the North American professional ranks. 22-year-old Neto Miguel is a defender from São Paulo who moved to Canada at age 17, an engineering student at the University of Calgary, and a CIS player for two schools whose closest previous run to professional experience was four months training at Corinthians. 25-year-old Thiago Silva moved to Edmonton from Brasilia last year and is playing soccer at NAIT, a technical school not known for athletic achievement. To describe Miguel as "mediocre" would be to do him a favour and Silva is below even that level.

There are a few decent names. Saiko figures to be a decent second-division player and it's good to see him back in soccer, and Sam Lam was quite a good CIS player with the excellent University of Alberta program who trialled in Seattle. Striker Kenny Sacramento is only 21 years old, saw some time training in Europe, and is a star indoor player with the Winnipeg Alliance of the CMISL. Kyle Yamada even played with Canada's national soccer team! Well, our national beach soccer team. But none of them are men you can build a second-division team around and the lineup, filled out with players plucked out of AMSL rosters and bad CIS programs, would be an uninspiring USL PDL side. There are no players with extensive second-division experience even though there are some, such as former Aviators and Whitecaps midfielder Gordon Chin, who have Edmonton connections and are readily available.

This is intentional, believe me. FC Edmonton also announced their friendly schedule and what we see is a collection of USL PDL teams as well as the Montreal Impact (reportedly sending their academy rather than the first team) and, as a closer, Miami FC. Giving their organization credit, perhaps they know the level of players they have and are setting their sights accordingly. Certainly, this lineup is likely to be an affordable one, which is an admirable concession to the realities of professional soccer in Edmonton.

The only stunning thing about these friendlies is the price of a ticket: FC Edmonton will charge $25 for a reserved seat and $20 for general admission. This compares to a $26.50 seat at Swangard Stadium for the silver section - seats under cover and better than anything at Foote Field - and $20 for a reserved spot in the roughly-Foote-equivalent bronze section. The Victoria Highlanders, one of Edmonton's friendly opponents, charge $17.25 for a non-premium seat.

The point is, a minimum of $80 in tickets to take the family of four out to a bad stadium and watch a team of metro league players play a friendly against semi-professionals with hardly a single name recognizable by even hardcore supporters is a big ask.

Of course, on the other hand stand the international friendlies. Portsmouth is the biggest name, hitting Commonwealth Stadium on July 21. But Chilean powerhouse Colo-Colo and Brazilian first division side Vitória are certainly far better opponents than a club of FC Edmonton's calibre would seem to deserve. Portsmouth's in a place financially where they might do anything for money. Even so, getting three teams of this calibre to travel such a distance can't have been cheap for the FC Edmonton administration, and is if nothing else a sign that they're willing to spend money to make money. Even casual soccer fans would show up to see Portsmouth, relegated or not, and while Colo-Colo and Vitória aren't household names they're at least respectable teams which will hopefully draw a crowd.

The Faths and Mel Kowalchuk have some experience with international friendlies: experience that isn't universally positive but apparently hasn't put them off. An Everton - River Plate friendly last year at Commonwealth Stadium was a bit of an attendance disappointment, bringing only 15,800 through the turnstiles at Commonwealth Stadium, but ticket prices were high and from a financial point of view the Fath brothers were sufficiently persuaded that they're bankrolling FC Edmonton and these three international adventures.

So why am I worried? I've got a real emotional stake in FC Edmonton and would be gutted to see them fail, of course. And I see a lot of ingredients for a fall in this team as it's consisted. Their website is enthusiastic but amateurish, running blog posts on the UEFA Champions League and fun but superficial podcasts. So soccer moms and casual fans - you know, the people who make soccer profitable in this country - go to a lousy stadium for soccer, pay USSF D2-level money to get in, and a team of amateurs and old men play obscure opposition, and if somehow the kids do get hooked news or decent on-line resources aren't coming from the club so far. The international friendlies will be fun but they're with opponents far superior to even an average Canadian second-division team. They are, essentially, gimmicks, and that may bring fans but it will also bring cynicism.

If FC Edmonton improves their media work, manages expectations, and bolsters the 2011 roster with the USSF D2 veterans that will let them beat Miami FC in their final game, they might get somewhere. If they could open the wallet and grab an old, familiar, respected name like Wes Charles or a can't-be-long-for-Montreal Eduardo Sebrango (NOT RICK TITUS), even better. But this is a concerning start.