A Paean to Defensive Soccer

Share All sharing options for: A Paean to Defensive Soccer 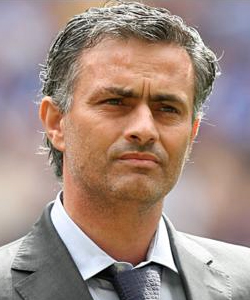 Perhaps you heard. Switzerland beat Spain, 1-0. Oh, of course you heard. The Swiss did exactly what you'd expect a team considered part of the tournament's dregs to do against a team considered a major favourite, and played defense as if their lives depended on it. There was flair and competence in the Swiss transition game, particularly courtesy the consummately underrated Tranquillo Barnetta, and Seattle's Blaise Nkufo did Switzerland, MLS, and for that matter his home country of Zaire proud with a sterling display of Ali Gerba-esque holding play and athletic attacking football. The defense was, of course, the centre of affairs, limiting the Spaniards to a large number of relatively tame outside chances and cutting out the cross almost every time. When a ball did get through, Spain's strikers lacked the alacrity to put the opportunity home, perhaps worn down from running and their rough treatment from the Swiss defense.

It was a clinic from Switzerland on how to play against an inferior opponent. Hold back, limit their real opportunities, and when the counter comes snatch it. In spite of their defensive posture the Swiss generated chances of their own and wore out the Spaniards by forcing them to track back even when desperate for a goal, simply because their midfield was making the right pass and moving the play quickly rather than getting fancy.

Yet that wasn't what the buzz was about. "Boring". "Lucky". Even I gave in to a moment of weakness and said that if Jose Mourinho was watching this Swiss team they'd be all right by him. It wasn't that much of an insult coming from me, since I loved watching Mourinho's Inter team. Particularly when they were playing Barcelona or another team that should rightfully kick the shit out of them: now that's how you play as a team. I actually enjoyed the UEFA Champions League this year for the first time in I don't know how long, and this from a guy who usually hates high-level European football.

How can that be boring? Certainly, incompetent defensive play is boring. Playing ten men behind the ball, getting possession, and promptly hoofing it up the pitch? I could not possibly have less time for that. Luckily, there's a natural limit on that sort of play and that is a team playing that style usually loses. If you give up possession freely and panic when you get it back you will not win. It doesn't matter if the other team has the ball 60% of the time so long as you make something with your 40%. Even in this morning's game, around the eightieth minute when Swiss legs were getting tired and the Spanish attack was coming in waves and Switzerland was letting their excitement get the best of their intellect, we saw the Spanish grow significantly more dangerous. The weary Swiss were abandoning the transition game that had served them so well and started flailing and kicking it as hard as they could, and the Spanish were beginning to pick them up. But for a few botched finishes by Villa and Torres, it would have been a 1-1 draw. At least a 1-1 draw. All because the Swiss lost what had made them effective in the first place.

I love watching that sort of game and I'm surprised more people don't agree with me. You can't become a soccer fan if the only thing you like is scoring and Kaka dancing around guys, because none of that happens real often. Most soccer fans are not only conscious but appreciative of the finer nuances of the game, because if you couldn't appreciate that sort of thing you wouldn't get into soccer in the first place. And Switzerland, or at least Switzerland's first seventy-odd minutes, was a testament to those finer nuances. Jamming the obvious crossing lanes so that when Xavi unleashed one of his patented crosses at speed there was a Swiss head right there to meet it. Making the strikers fight to even get into the box, wearing them down and reducing their enthusiasm to make those increasingly futile runs for crosses that seemed never to arrive. Taking their time when they could and as soon as Spain overcommitted bam, there was the counter, and it was just two Swiss players running forward but they seemed to have all the space and time in the world and they made the more talented Spaniards work like dogs to get that ball back.

That is soccer. You won't see it in a shoe commercial, in one of those artificial fantasy lands where famous midfielders run through explosions and do karate moves on the ball, but the last thing those commercials sell is "soccer". You'll see it on every pitch around the world where two competent teams clash. We shouldn't complain about a well-played game just because that magnificent play doesn't bulge the onion bag as often.