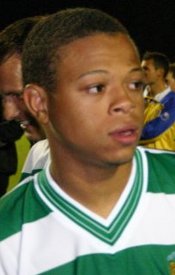 For ninety minutes it was another of those sorts of games. Canada had played pretty well, considering the miserable calibre of player they had assembled, the rawness of the squad, the altitude, and the travel. We were losing but the game was a pretty level affair and on another day we could have gone home with the draw. Then up stepped Issey Nakajima-Farran, a complete pile of useless for almost precisely an entire match, and an absolutely perfect free kick to a 5'9" international debutant shoving his way through the Venezuelan line like a bull in a china shop, and all of a sudden it was that other day.

Gavin McCallum is Canada's newest international soccer hero. Showing up in Venezuela, McCallum was one of a horde of young men dragooned into international service for want of a better option. His goal on his debut will never be the stuff of legend - it was only a friendly, after all - but coming off the bench on the road against as strong a team as Venezuela and bagging a hard-fought equalizer is the sort of thing that makes a good first impression.

(By the way, thanks to this guy, two of these guys, U-Sector, and the Duke of Gloucester for putting up with a particularly grating Whitecaps fan in their midst. I assure you that if any of you find your way to the west coast the hospitality will be repaid in... ah, who am I kidding, I'll be a total dick.)

Canada played well, though not spectacularly, and that's the first time we've been able to say that since the Gold Cup. They scored a goal for the first time since the Gold Cup too, breaking a drought dating from July 19, 2009 when Marcel de Jong scored a screamer against Costa Rica. But perhaps we ought not to complain, as the Venezuela squad featured only six players from the 2009 Gold Cup, and not for lack of interest on Canada's part. And those six were among Canada's weaker players on the day.

In spite of my ravings at the pub, Josh Wagenaar was not bad. I felt he ought to have done better against the Venezuelan goal than he did, but the ball took a slight turn off of Richard Hastings and was by no means entirely on Wagenaar's back. Paul Stalteri wasn't dreadful, and that's high praise for Paul Stalteri these days. Richard Hastings was.

As was Simeon Jackson, whose inability to finish put Canada behind the eight-ball. Since scoring in his own debut against Cyprus, Jackson has made nine appearances and not only failed to score but not come close. He wasn't helped by some shocking service: constantly playing crosses through the air to a lone 5'8" striker seems unwise to me but Canada constantly tried. Indeed, playing a lone striker at all seems like poor strategy for Canada; we haven't got the strikers with enough talent to do it on their own and we've played our best attacking football with two strikers for a number of years now.

For the botched crosses Mike Klukowski must take some blame. How could Klukowski be bad against Venezuela? He's one of our few elite international players and readily takes minnows apart! Yet he struggled, and mightily, before being replaced by Eddy Sidra.

Issey Nakajima-Farran, meanwhile, was active but impotent. His finishing was even worse than Jackson's, although his chances were less clear-cut partially because of poor positioning. He constantly overplayed himself and turned the ball over readily. But he also made amends with one particularly superb free kick, a kick so fine even I can find nothing to complain about.

The newbies were better. Terry Dunfield was unremarkable, and a little mediocre, but generally stayed within himself and didn't make too many mistakes. Pedro Pacheco was surprisingly omnipresent, taking corners and free kicks as well as dictating much of the play, and showing a silkiness and awareness on the ball that calls to mind Dwayne De Rosario. He seemed to tire as the game wore on, perhaps unused to the altitude, but he also stands out among the newer players as one I'd like to see again. He vied for "most promising" with Eddy Sidra, who technically appeared in the Cyprus match but only really arrived in this one with some thundering runs and cunning play as a substitute at left back. Perhaps it was simply a case of fresh legs against tired Venezuelans, but whatever it was it worked. 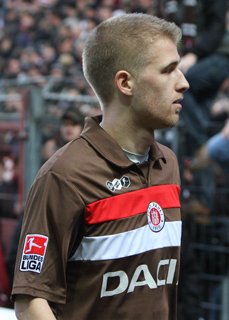 Most of the others - Haidar Al-Shaibani, Gianluca Zavarise, and Jonathan Beaulieu-Bourgault - were on the pitch for too brief a time to be commented upon. But none looked bad and only Al-Shaibani's distribution left something to be desired. That leaves, of course, Gavin McCallum, and as invisible as he was until stoppage time his sudden visibility made all possible criticism moot.

What did we learn about Canada that we didn't know before? Not much, but what we did learn is encouraging. Josh Wagenaar is less rusty (and less bad) than I might have feared and shouldn't be written off quite yet. Pedro Pacheco is definitely a CONCACAF-calibre player and will hopefully become a fixture on the national team.

For a 21-year-old fullback Eddy Sidra has a lot of promise, and for a 19-year-old central defender... actually, for any position at any age, Adam Straith is the man. There was a question about how well his terrific 2.Bundesliga form would carry over to the national team, and it has been answered: "brilliantly". He was my man of the match for his sheer, ruthless, mistake-free effectiveness underpinned with athleticism and a football sense that looked far beyond his years.

It was a hopeful game, and in more than the usual Canadian sense of "we lost but it looked promising". We played well with some depth players, hung tough, showed some intestinal fortitude (for once) and picked up a terrifically well-earned draw. We can hold our heads a little higher and discuss some aspect of the Canadian national team with optimism for once. I'm not saying it was worth missing a Roy Halladay perfect game for... actually, you know what? Maybe it was.