Share All sharing options for: Brief Thoughts on the Canadian Friendly Roster 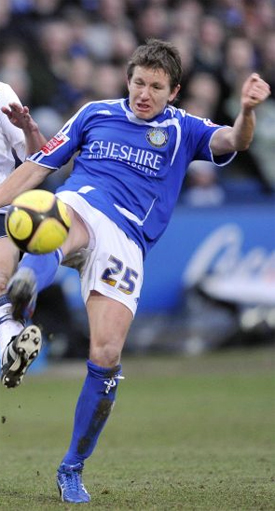 The roster the Canadian Soccer Association has announced for the May friendlies against Argentina and Venezuela is one of the most interesting selections Canada has seen for some time. On a non-FIFA date against two marquee opponents, Canada has still managed to pull in many of its premier players such as Dwayne De Rosario and Julian de Guzman for the Argentina game. Yet the Venezuela match in particular will see a few relative scrubs and a couple absolute, Dominic Imhof-style non-entities. Such a roster is bound to provoke discussion, and I am only too happy to join in with the crowd and discuss it:

What sort of team has Stephen Hart gotten us? We're missing our best goalkeeper in Lars Hirschfeld, our best defender in Dejan Jakovic, and our best striker in Ali Gerba. We've got as good a midfield as we're ever going to have until World Cup qualifying season rolls around again but I'm going to go out on a limb and say it's not as good as Argentina's. Plus, once the MLS guys head back to their clubs after the Argentina game, the lineup for Venezuela is going to rely a little too much on the likes of Issey Nakajima-Farran and Gianluca Zavarise. But given that this is a non-FIFA date, we were never going to get our best eleven together and I'm both stunned and impressed Hart got as many of our core players as he did. For reasons a later post will hopefully make clear, I'm excited that we might be seeing more of Pedro Pacheco in the future.

But there are too many Gavin McCallums, Haidar Al-Shaïbanis, and Adam Straiths who have seen too few winters, as well as too many Pat Onstads, Daniel Imhofs, and Paul Stalteris who have seen too many. Even an Argentina B lineup will make minced meat of us unless the Canadian team comes out rearing to go, in better form than we've ever seen this generation, with nothing to lose and everything to win as we try to spring the mother of all upsets on one of the greatest soccer powers the world has known.

I can't help it. I'm looking forward to this.