Share All sharing options for: The Last Ride for Holger's Heroes: 2001 Confederations Cup 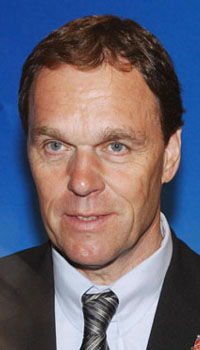 When Canada took on the world's best in the 2001 FIFA Confederations Cup, it was (and remains) our senior mens team's only appearance at a full FIFA tournament in my lifetime. Canada and Mexico qualified out of North America: the Canadians by virtue of winning the 2000 Gold Cup and Mexico as the defending champions from 1999.

As is traditional, the Confederations Cup was used as a warmup for the next year's FIFA World Cup, taking place in Japan and South Korea. Canada was drawn into group B with the co-host Japanese, Cameroon, and Brazil. Predictably, the group was based in Japan, playing at Kashima Stadium in Ibaraki and Niigata Stadium.

It was a tough group but the marvelous thing about the Confederations Cup, the thing that makes it so valuable to us middling powers, is that there are no easy groups. Going in, Canada knew they'd face a stern test against three better teams. Fantastic! It would be a great way to test our mettle against some of the ranking sides in the world after the high of our Gold Cup victory. And we had already washed out of World Cup qualifying so this was the biggest opportunity we were going to have for a long time.

It's easy to forget the calibre of the team we assembled. Craig Forrest is, of course, the best Canadian footballer who has ever lived. Paul Peschisolido was in his First Division-wrecking, butt-kicking, hero-making, managing-director-marrying prime. Mark Watson and Jim Brennan were risking serious arm injuries plunging knives deep into Holger Osieck's back but they were still good players in high-quality leagues. Jason De Vos is one of the best centre backs we've ever run out as well as one of our best pundits. Guys like Davide Xausa and Carl Fletcher were minor pieces when if we had them, in their primes, today we'd be beside ourselves with joy. Carlo Corazzin, Dwayne De Rosario, and Richard Hastings were all on the bench.

The one glaring flaw was the Kevin McKenna Experiment still being in full swing, with Osieck having convinced himself beyond all reason that the big, talented 21-year-old centre back was secretly Marco Van Basten. Considering the trouble Canada would have scoring goals in this tournament, this would be significant. 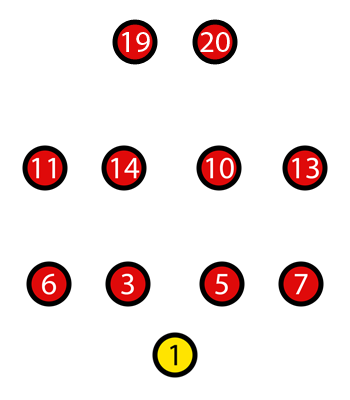 Canada kicked off against the Japanese on May 31, 2001. The Japanese were famous for their quick attack and their fantastic transition game that was probably the best in Asia. Canada was famous for winning a coin toss against South Korea and then climbing onto Craig Forrest's back. It was a one-sided matchup on paper, and a reporter asked Mark Watson what he thought of Japan's speed. "They don't run so fast," Watson replied, "when they're lying on the ground."

Well, the Japanese attack tore up Watson so badly that they could have used him as sharkbait. Canada limped through the first half thanks to Forrest but with no chance of scoring, and then got shredded for three goals in the second half as Canada went down 3-0.

Realistically, that was it for Canada. They were never going to beat Brazil and a result over Cameroon wouldn't be enough to put them in the top two. That match was the swing match for the Canadians and they came up well short. But everybody knew they would: for once the results were just the gravy, and what mattered was how they played.

Against Brazil, probably the best team in the world, they played pretty damned well. They did what Holger Osieck teams always did against superior opposition and bunkered in the John Limniatis Memorial 10-0-0 formation whenever a yellow shirt was within radar range of Craig Forrest. Even the lineup adjusted for defense, with Tony Menezes coming in for Carl Fletcher to start. They tried to snatch chances on the counter, which would have worked a lot better if the team was a bit quicker up front than Paul Peschisolido and Kevin McKenna. Canada held against Brazil and got into the half tied at nil.

Then, something odd happened. Midfielder Davide Xausa came out and in came Carlo Corazzin. A striker. Yes, McKenna moved back, but Holger decided "screw this, we can beat those bastards." 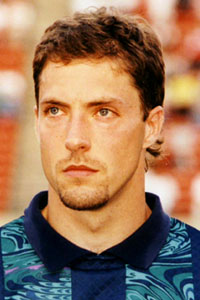 We damned near did it, too. God, but that was a game. It was exactly what you picture when you remember the era of Holger's Heroes. Forrest was a god incarnated as a man. Brazil constantly buzzed and got opportunities. They were miles and miles more skilled than the Canadians but they couldn't break us down. Yes, Canada's defense got worked like a speed bag, but we threatened at intervals. They earned that 0-0 draw and on a lucky day, Canada might have won that match.

The result was good for three points in the Moral Victory column and one point in the real standings. One precious, life-giving point. In a century of Canadian football, our senior mens team, the highest-profile football squad in the country, has achieved precisely one point in a full FIFA tournament. We got it over eight years ago on June 2, 2001 in front of 12,095 largely bored Japanese fans.

Canada followed that up by collapsing in front of the one team we should have had a fighting chance against, Cameroon. Going down 2-0, Canada emerged with little credit in what would be, to date, Canada's last tournament match outside North America.

It's a bittersweet memory, mostly because of what's happened since. At the time it was promising. Canada hung tough with better teams against Brazil and for a half against Japan. World Cup qualifying was unfortunate but we seemed to be going up rather than down. Then Osieck took the pipe thanks to bootroom politics and was succeeded by an inept series of overly opinionated and inadequately talented self-described national heroes. Our best results came when we once again went outside Canada for our boss, using interim boss and Trinidadian Stephen Hart. Canada has not yet matched the glory years of 2000 and 2001 despite on paper having every reason to do so.

So, fantastic though the tournament was, we should concentrate above all on getting to the next one.