Football Night in Cyprus, and the Voyageurs Cup

Share All sharing options for: Football Night in Cyprus, and the Voyageurs Cup

So, the Cyprus - Canada match was on digital television in Cyprus. Normally that's all we need: when you're a Canadian football fan you get awfully resourceful awfully quickly. If somebody posted a request for Dominic Imhof's match videos on the Voyageurs board, we'd end up with DivX videos of FC Tuggen's every match since the Second World War. Unfortunately, there was no Our Man in Cyprus to provide a justin.tv stream, and all the ingenuity of Canadian football fandom could not provide so much as a low-fidelity Greek radio broadcast. 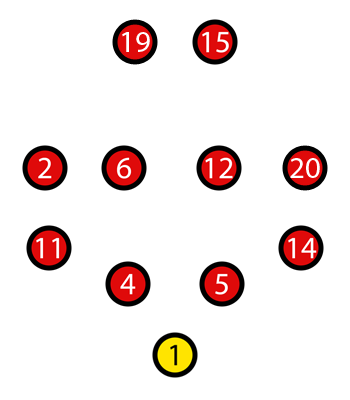 Between this and the lack of intellectual curiousity from Canada's professional soccer press, information was hard to come by. I've put what I'm pretty sure is Stephen Hart's starting XI in diagram to the left: sides are pretty well hypothetical and based off of my own experience (i.e. they're probably all lies). Most interestingly, Eddy Sidra went all ninety minutes at probably right back (Cann and McKenna are both almost exclusively central players and if Hastings has ever played on the right side in his life I haven't seen it).

We saw Peters at midfield, which was depressingly conventional on Hart's part. We saw Josh Simpson at striker, which was a blast from the past when Simpson cleverly took advantage of a Cypriot mistake to set up the only goal, scored by Simeon Jackson in the fifty-third minute. Jackson now has the best strike rate of any Canadian striker ever to live at one goal in one match, and though I love the Gillingham starlet I doubt that's going to hold up.

What we know is that Canada dropped the favoured Cypriots 1-0, our first victory over a higher-ranked nation since June 6, 2007 when we dropped Costa Rica in the preliminary round of the 2007 CONCACAF Gold Cup. Paul Stalteri didn't see any action, and since the people who write about Canadian football are either a) idiots or b) not in a position to fly to Cyprus for international friendlies we don't know whether he was injured or hung over or Borussia Monchengladbach told Stephen Hart they'd bust his kneecaps if Diesel played or what. Kenny Stamatopoulos also rode the bench, because he stinks. A more interesting did-not-play was striker Tosaint Ricketts, the young Finnish second division semi-wunderkind who was the most obscure member of this lineup until Hart made the mistake of writing "D. Imhof" on his lineup card. 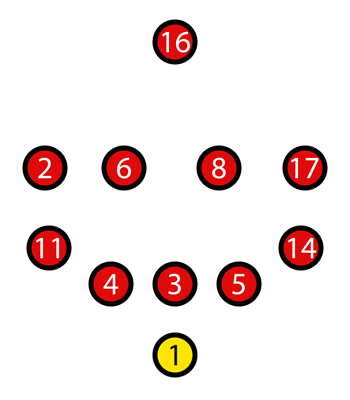 That said, Stephen Hart seemed to be managing to win. I've put an even-more-conjectural final eleven to the left based on the substitutions: according to the few descriptions available, from the moment Canada went up Hart started to bunker and try to hold onto the result. Ornoch went in at probably-striker but he's a rather rangy fellow; having Ricketts up front would not be compatible with this strategy. So Tosaint tosat, and frankly that's a shame. I wanted to see him a lot more than I wanted to see Dominic Imhof.

Speaking of stolen chants, Toronto FC is in action tomorrow, taking on the Vancouver Whitecaps at Swangard Stadium in what will be the most important match of the Voyageurs Cup. If Toronto FC wins or draws, they take the cup. If Vancouver wins, Toronto will have to beat the hell out of Montreal at a raucous Stade Saputo to get the goal difference.

I was hoping to get to this match from Victoria but was stopped for a couple reasons: turns out that I couldn't get Wednesday morning off work and turns out that the south side of Swangard Stadium is sold out and nobody in the Southsiders seems inclined to give up a ticket. Swangard is a pleasant, pastoral setting set in a scenic Burnaby park. It is the most lovely stadium for any sport I have ever been to, except for those grandstands on the south side where some of the most die-hard fans in the country scream, swear like sailors, drink to excess, and make damned sure everybody can hear them.

It should be a good match. Toronto got beaten like a Red Patch Boy at a Columbus police convention in Houston on Saturday, but that same day Vancouver went down without much credit in Portland. The weather in Vancouver should be spectacular, which may be an obstacle for The FC, used as they are to miserable squalls off of Lake Ontario. Both squads have been consistently inconsistent but Toronto's been in better form lately, so I have to give Toronto the edge in this match.

And yes, I'm cheering for the Whitecaps to take the Voyageurs Cup. I dig an underdog, but the nice thing about being a Canadian club widow is that when The FC does win, I'll be able to root for them with full-throated enthusiasm in the CONCACAF Champions League.

Finally, the Canadian Soccer Hall of Fame will induct its Class of 2009 last week. Joining this illustrious group of luminaries is, among others, former Montreal Impact manager and current bulk purchaser of resume paper John Limniatis. The ceremony will take place June 6 at the Country Club in Woodbridge, Ontario, if you're the sort of person who wants to pay $150 a head to tell John that he should really go for that TFC job.