Requiem for a Dream: The Edmonton Aviators

Share All sharing options for: Requiem for a Dream: The Edmonton Aviators

When you're a Canadian football fan, the question of club teams tends to come up a lot. After all, the international season is short, and even shorter when you root for Canada. So people start talking about their Liverpools and their Manchester Uniteds and their Vancouvers and their Montreals and their Torontos. And I smile and nod and kinda look bored.

It's not that club soccer doesn't appeal to me. I call myself a Charlton Athletic fan, to the extent that I'm a fan of any club these days. But in truth, I'm a club widow.

I miss my Edmonton Aviators. 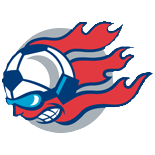 Those of you who know your A-League history just laughed so hard milk shot out your nose. The Edmonton Aviators were, for one glorious summer in 2004, Edmonton's first taste of professional outdoor football since the old Edmonton Drillers of the North American Soccer League closed up shop in 1982. The Aviators boasted an assortment of legendary names in Canadian football, like Rick Titus and... actually, just Rick Titus. And even he went back to the Lynx before the season was through.

The Aviators had two essential problems. First, they were formed when Edmonton was still bathing in the afterglow of the successful U-20 Women's World Cup, which saw Edmonton come close to selling out 60,000-seat Commonwealth Stadium to watch teenage girls play soccer. The Aviators optimistically set up shop in Commonwealth as well, overlooking the fact that a large majority of attendees, including yours truly, were either attending on free tournament passes handed out to every registered youth player in the capital region or family of the same. Worse, while the best-attended U-20 games were on the weekend, the Edmonton Eskimos and the Churchill Cup (a major rugby tournament being held in Edmonton that year) conspired to limit the Aviators to two weekend dates at Commonwealth. 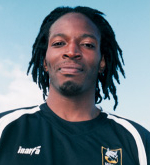 Even during the week, there were problems. Training facilities, staff, everything belonged to the Eskimos and the rugby players first. Edmonton boasts Canada's most northerly major grass pitch, and although the Edmonton turf crew is the best in the country the climate takes its toll on trying to create a durable surface. The Aviators only ever got Commonwealth Stadium when the Eskimos were done with it, and to call such a pitch "sloppy" would be understating the case by an order of magnitude. And that's without even getting into the rent the Aviators paid: to my knowledge the figure has never been revealed, but we know that it was a hell of a lot.

Concessions were understaffed. The stadium was a massive, empty bowl. The team was possibly the worst professional franchise in any sport ever to take flight in Edmonton, and management's emphasis on recruiting local (read: cheap) talent meant that a bunch of nobodies could enjoy the experienced of being massacred by even the minnows of the A-League. There were gridiron lines on the pitch!

The second problem was the ownership group. Because - and nobody ever believes this when I tell them, but you can look it up - in spite of playing in the most inhospitable environment it is possible to conceive, with a bunch of hideous players nobody had ever heard of, as an expansion franchise with no history, in a city which hadn't had a professional outdoor squad in twenty years, attendance was a shade under 1,500 paying fans per match.

That was good for second-last in the A-League, ahead of only fellow hapless Alberta squad Calgary. But it was perfectly tolerable for a team as new and as dreadful as the Aviators. Atlanta had a bunch of seasons when they would have killed a drifter for 1,500 fans a match and they lasted thirteen years. The Aviators were marketing themselves as competition to the Eskimos, not as a product, and they were doing such a shoddy job of it that I played with people on my youth squad who didn't even know Edmonton had a football club.

The sorts of people who go to Eskimos games would never got to Aviators games. Setting aside the fact that they were completely different sports, there's a history in the green and gold that the Aviators obviously couldn't match. You borrow an Eskimos fan's season ticket, talk to the guys you're sitting next to, and they'll have been going to games for thirty years. It didn't hurt that the Eskimos were always contenders and were in the midst of the longest playoff-making streak in the history of professional sport.

I remain convinced that with decent ownership, they'd not only be in USL-1 but they'd be in the conversation for MLS. Instead, the Aviators were owned by a consortium of nineteen men. Nineteen men of no stature in the community, with no experience in sports ownership or management, and with no money. When they were granted an A-League expansion franchise, they said that in the worst-case scenario, they would be able to operate the Aviators at a big loss for three seasons out-of-pocket. Of course, they also forecasted attendance of eleven thousand fans per match, so they were clearly huffing solvents even from the start.

On August 25, the Aviators were grounded. The nineteen-man ownership group debated between ordering pizza and trying to keep the team running, and opted for pizza. They ignomiously turned the team over to the league and ran for the hills, sticking around only long enough to take all the intellectual property with them and forcing the league to operate the team as "Edmonton FC" until the season drew, mercifully, to a close and Edmonton's franchise could be terminated with a single shot to the back of the head.

If you thought the ownership group ran things cheaply, that had nothing on what the league did. They got rid of Rick Titus and all the other players who made more than bus fare. They moved the team out of Commonwealth and into Foote Field at the University of Alberta, a pretty decent modern facility seating about six thousand. The team stunk more than ever and the executioner constantly hovered just off-stage, waiting for play to finally conclude so he could dispatch the franchise and move on to more profitable enterprises. Promotion stopped.

Attendance went up about twenty-five percent. Amazing how little it takes to get people into a building.

I don't even live in Edmonton anymore. If a new team moved into Edmonton and made a go of it, I'd be happy but I'd hardly get to see them. But it could work. All we need is someone with the stones to try.

Still, there's no way to replace the Edmonton Aviators.