Canada in the USL PDL: The Ontario Teams

Share All sharing options for: Canada in the USL PDL: The Ontario Teams 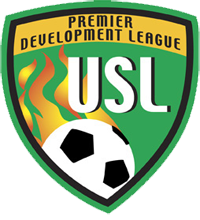 The USL Premier Development League is a footnote on the North American soccer scene, an organisation devoted to developing young amateur talent and coming fourth on what the Americans jokingly call their league pyramid behind MLS, USL-1, and USL-2 (USL-2 has never had a Canadian team and no prospect of getting any). Even in Canada, the USL PDL is best known by its connection with higher-division sides: the Vancouver Whitecaps Residency program was a success in 2008, and we all remember the Toronto Lynx running from USL-1 like scalded cats when Toronto FC was founded in 2007.

The USL PDL has four clubs in Ontario and three more in British Columbia, with our introduction coming to Thunder Bay in 2000. But with seven clubs in the country, including two expansion franchises starting this year, the PDL has the potential to be a major part of this country's soccer development. The Whitecaps Residency program is only the start - when seven Canadian clubs are pulling up talented amateurs, they're inevitably going to produce assets for higher-level sides.

Of course, it doesn't hurt that the Canadian PDL sides have been singularly successful of late. So here is a primer on the underappreciated United Soccer Leagues Premier Development League, starting with the four Ontario teams. The British Columbia sides will follow in a future post. 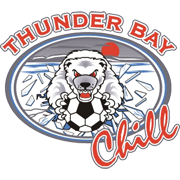 The Thunder Bay Chill are the on-field success story. They managed to win the PDL last season, winning on penalties at Laredo's home stadium in the single-leg final. They've contributed a couple of players to higher levels, with Colorado's flashy young midfielder Kosuke Kimura plugging along in MLS and striker Brandon Swartzendruber recently signed to a USL-1 contract, and they've won the Heartland Division for two consecutive years. These guys, in short, can bloody well play soccer.

Their attendance in the championship season was a mediocre 564 per game, however, against a league average over 800. They've been a strong draw in the past and were over 1,000 fans per game in 2005, so it's not as though Thunder Bay simply doesn't care about soccer. Season tickets in their "VIP package" are $75 a head, so the price is right. Fort William Stadium isn't precisely a modern facility, but it has seats and grass and dirt and lights and for the USL PDL anything more is excessive.

Thunder Bay's got a bit of a weird schedule. They're the only Canadian side in the so-called Heartland Division, meaning they play such natural rivals as Springfield, Denver, and Des Moines. Travel in the Heartland Division can be pretty brutal when you consider that these are amateur players and many of them are in school. There's no real way around that for a city as isolated as Thunder Bay, but between difficult travel and low attendance it's a good thing they're succeeding on the pitch. 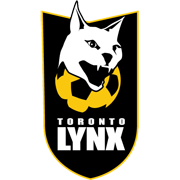 We all remember the Toronto Lynx as the little doormats of Canada's A-League teams, playing in their dinky thirty-year-old sandlot in front of seven guys losing by a converted touchdown when they played the Impact... those were the days. I make fun of them but they did a lot right, and as an Edmonton Aviators widow I can't help but respect a team that's managed to succeed like the Lynx have. So if you've been living in a hole and only emerging to watch Toronto FC get thrashed, you may have missed the fact that, since dropping a couple of divisions, the Lynx have been doing great.

Don't get me wrong, they've been losing. They're the Lynx, losing is what they do. They were third in the division last year, eked into the playoffs for the first time in any league since 2000, but they drew a thousand fans a night last season

A thousand fans! To watch a marginal PDL playoff team in a city with Major League Soccer! In 2007 they were fourth in the league in attendance! The Toronto Frickin' Lynx! Did I fall into an alternate dimension or something?

I'm going to come right out and say it. I thought that, when the Lynx went down to USL PDL, the guys on the pitch would outnumber the guys in the stands and by now I'd have run into Rick Titus serving me at an Orange Julius. It turns out I'm a massive idiot. Why are you even still reading? The Lynx are a fantastic success story and they're an achievement Toronto soccer fans can be proud of. I can't believe I just wrote that sentence. 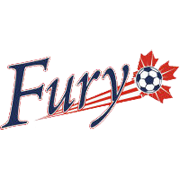 Of our PDL teams, the Ottawa Fury have provided the largest number of recent, consequential players. The country's youngest soccer nomad Tyler Hemming played a couple seasons in Ottawa and Leonardo Di Lorenzo is a top player on one of the best teams in the USL-1. So they've never made the playoffs in their four-year history. What gives?

In four seasons the team's moved through three managers. All-time, they've averaged 293 fans per home match. You'll have an easier time finding tomorrow's 6/49 numbers than Fury highlights in an Ottawa newspaper. A season ticket is $65 which makes the Thunder Bay prices look positively decadent, and yet nobody buys them. By the way, this city wants an MLS team. I'm actually glad Melnyk's bid failed for that reason - Ottawa's soccer apathy might have set Canadian club expansion back five years.

(Non-PDL-related aside: I've said that last sentence to several people and they've all looked at me like I was insane. But consider the following. After the Edmonton Aviators and Calgary Storm bombed out of USL-1 because of horrible ownership, when were we even considered for a USL-1 team again? To say nothing of an MLS side? Edmonton and Calgary had gone under, so the American football establishment said "them Canadians don't like soccer", stuck their fingers in their ears whenever the Whitecaps, Impact, and to a lesser extent the Lynx raised their heads, and hoped we'd go away. Then we had the great women's U-20s, which led to BMO Field, which led to Toronto FC and the fantastic men's U-20s, but those events don't come along every day.)

I talk about the PDL being successful and good for Canadian soccer, but the Fury are an exception. The good news is that they have solid ownership and, really, it doesn't cost a lot to run a PDL team even when the fans aren't turning up. The Fury crew can afford to be patient, but the state of the Fury says a lot about how Ottawa would handle the big leagues. 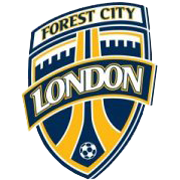 Finally, the new guys, FC Forest City London. Being an expansion team, it's hard to judge just where they're going to go. But they've made a bit of a splash early, bringing in Canadian U-20 international Michael Periera. They're also squaring off directly against a Canadian Soccer League team, London City. London's a decent CSL town, good for a couple hundred on good nights. But is there enough enthusiasm for minor league soccer in London to split two ways?

Forest City London's had some facility problems too. Initially, they planned to play their home schedule at North London Stadium, while London City played at Cove Road Field. Instead, FC London will primarily play at TD Waterhouse Field, as well as Cove Road, Marconi Field, and the London Portugese Club for one game each. TD Waterhouse Field is smaller and frequently booked, and moving between four stadia is a hassle of epic proportions. But they also have liquor licenses, and North London Stadium did not. Even in the PDL, money talks.

It's hard to pick a dog in this fight. All else being equal it's obviously important for the CSL to succeed. We're only going to get so far when our teams are feeders in American leagues, after all, and more importantly the CSL remains the best prospect for getting soccer between the Rockies and the Canadian Shield within our lifetimes. But at the same time the CSL remains an Ontario league with one team in Quebec, and their pretentions aside any talk about them becoming a true national league has been only talk. Hopefully both Forest City London and London City can survive, with the PDL team catering to young players, the CSL to older ones, and everyone's happy.

But when it comes to Canadian club soccer, when is everyone ever happy?