Funeral for a Friend

Share All sharing options for: Funeral for a Friend

According to somebody who'd know on the Voyageurs board, there was a Middlesborough scout in Macedonia on Saturday watching Canada get turned into goop by the Balkaners. This Middlesborough scout was absolutely agog at the sight of Simeon Jackson getting the start for Canada. Why, this scout asked, would Canada ever start a League One striker however productive over somebody successful in the 1.Bundesliga?

My question to that Middlesborough scout is, why would you play the Bundesliger at all?

I'm not saying that Rob Friend is an all-round lousy footballer. His production in the 1.Bundesliga speaks for itself. No Canadian striker, anywhere in the world, is playing in a better league, but Friend is not only surviving but thriving despite a series of injuries slowing his production. You don't score like Friend has for Borussia Monchengladbach if you are an incapable player. In terms of pure talent, he may be the best striker we have. He has played tough games against first-rate opposition and not been found wanting. Domestically, Friend is a rare Canadian success story, the only striker we've had who was both first division and first class since Tomasz Radzinski was the hero of Everton.

But if we accept the facts of his domestic talents, we must also accept his failings internationally. Friend is twenty-eight. He has won his share of caps, often in a starting or featured role. Yet his production for Canada is impotent. Unlike many of his contemporaries he has not been blunted by being used on the wing. He has benefited from a better ball-distributing midfield than most Canadian strikers. Every game he has played he has been up front as the target man, ready to bang in quality chances, and in almost every game he has been found wanting. He has only two goals to his credit. 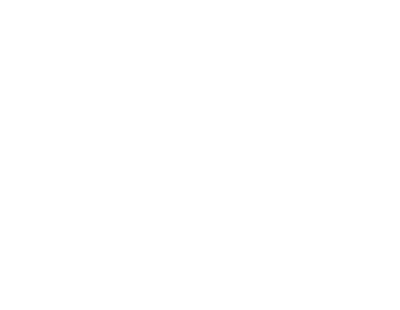 The figures almost defy belief. Friend is, by far, the worst regular striker in the Canadian national pool in terms of goals per game. Among those who play striker at all he ranks ahead of Iain Hume, Issey Nakajima-Ferran, and Andrzej Ornoch. The first two have spent almost the entirety of their Canadian careers in midfield, and Ornoch has made only four caps. Friend, of course, ranks a million miles behind his contemporary Ali Gerba. He ranks a million miles behind Ali Gerba when Gerba (long accused of poaching goals against CONCACAF minnows, as if that's a crime) is compared only to CONCACAF teams that made the last stage of CONCACAF World Cup Qualifying this season (Friend has never scored against a hex team). He ranks far behind Radzinski, who is old and played most of his international career as an attacking midfield. He ranks behind Kevin McKenna, who was only briefly a striker in the late Holger Osieck and Frank Yallop eras. He scores less frequently than Paul Stalteri.

Yet the only thing more remarkable than Friend's international ineptitude are the lengths some people will go to defend him. The most common refrain is that he "isn't getting service", which is a peculiar thing to say when all of our strikers are scoring except for him. The most effective striker, by rate, in Canadian history is the same age as Friend and is a fat footballing vagabond who shambles around the pitch like an orangutan on quaaludes before slamming home a goal with the precision of Marco Van Basten. Ali Gerba could no more create his own opportunities than he could create his own diet plan, yet he thrives on the same service as poor Rob Friend.

The only possible defense of Rob Friend's international career is made on the basis of what he does in Germany, but CONCACAF is not the 1.Bundesliga. Different players thrive in different environments. This isn't news, but apply it to Rob Friend, so good abroad and so historically inept at home, and you will hear about it.

There are no questions of sample size, or youth, or Friend having been played as a goalkeeper for the first half of his career. He's gotten the best opportunity of any Canadian striker of his generation and he has utterly squandered it. Bring on Fat Ali. He may eat bacon with every meal and he may bounce between clubs, but put a Canada shirt on him and the man scores. Everything else is details.